Today Bitcoin (BTC) is breaking this year’s record again as Moderna’s COVID-19 vaccine is proving to be 94.5% effective.

Yes, today Moderna Labs announced positives for a possible coronavirus vaccine, with an effectiveness of 94.5%. Let us bear in mind that Moderna’s vaccine surpasses in reported effectiveness the Pfizer and the Sputnik V of Russia.

Evidently the news of a new vaccine inserted a boost to the world and, with them, to the markets and Bitcoin.

The crypto community hasn’t seen this price level since 2018, just before it crashed at $3,000. Without a doubt, today’s news regarding the vaccine has been a key catalyst for Bitcoin; however, experts see a greater maturity in the leading crypto.

Bitcoin is climbing steadily – will the next target be a record high?

Tom Fitzpatrick, managing director of Citibank, predicts that BTC’s price may exceed $318,000 by 2021, according to a note to institutional clients last week.

The note was leaked on Twitter through the ClassicMacro user where Fitzpatrick pointed out BTC’s weekly chart and used the technical analysis of previous highs and lows to determine a target of USD 318,000 by December 2021.

SkyBridge Capital could invest in crypto

SkyBridge Capital, which manages $7.7 billion in assets, reported last week that it may seek exposure to crypto, including BTC, but is not exclusive.

That is, according to Reuters, the company does not plan to limit itself and therefore plans to invest in crypto. In this way, it is the last renowned company to show interest in digital assets.

Yesterday the Bitcoin Cash blockchain was divided again into two networks: Bitcoin Cash Node and Bitcoin Cash ABC, after a controversial proposal from the development team.

But this division isn’t two equal parts. In fact, everything indicates that the Bitcoin Cash Node Blockchain will be the dominant one, since, according to CoinDesk, the other Blockchain doesn’t get hashed power until now.

Thus, the crypto community will have to remain very vigilant of the upcoming events linked to Bitcoin Cash.

In a few lines…

Bitcoin.com partnered with Swiss luxury watch manufacturer Franck Muller to produce crypto watches.
BTC’s returns have been 5 times higher than gold’s performance, notes Mr. Gordon on Twitter.
Jaan Tallin, co-founder of Skype, has most of his wealth in crypto, according to Fortune.

Fred Chesnais, CEO of Atari: “I am a big fan of the blockchain”
Atari CEO Fred Chesnais was featured as a speaker at CoinAgenda Global 2020 in a virtual chat on October 30.

The public sale of Atari tokens has been launched on the Bitcoin System at a price of $ 0.25 per token.

Video games are still in the company’s DNA.

Atari CEO Frédéric Chesnais may not be nostalgic, but the company’s public token sale features players like cryptocurrency investors, who are reminiscing about both video games and the era of ICO.

The public sale of Atari tokens was launched on the Bitcoin.com Exchange today at $ 0.25 per token. The company is aiming for a hard cap of $ 1 million. While it is not clear whether they are able to hit this amount or not, Atari has big plans for its token, which is designed to go beyond gaming to „propel the interactive entertainment industry“. „.

Chesnais was featured as the keynote speaker at CoinAgenda Global 2020 in a virtual discussion today hosted by Michael Terpin, Founder and CEO of Transform Group. The game manager explained that Atari, who helped shape the early game industry, is still alive, saying:

There is a lot of notoriety about this brand. The audience has aged, the fan base has aged. This is a good thing for us, because we have a wider reach in terms of potential audience and people interested in what we do. We are still making video games. It is still the DNA of the company. But at the same time, we realize that the world is changing.

In order to compete with companies like Activision, Atari is focusing on virtual products, which Chesnais says is the direction the world is going. Chesnais said he was a „big blockchain supporter,“ pointing to Atari Chain, a Gibraltar-based entity responsible for the governance and ecosystem of the Atari network powered by the Atari token. It is made up of an Atari wallet blockchain ecosystem powered by the Atari token based on ERC-20. Chesnais said during this conversation:

This is what the brand needs.

When Atari set out to build Atari Chain, they encountered a fork in the road. They could have built the platform exclusively for its own games, in which case Atari would be the only company to use the token. In that case, Chesnais explained, the company could try to “corner the video game market on the blockchain”. But Atari is involved in a cryptocurrency and blockchain sandbox initiative and they have a few NFTs . This option was therefore not really possible.

On the other hand, they could make it very wide and allow anyone who wants to use the Atari token on their platform or in the app to do so. This is ultimately the direction in which Chesnais and his team have decided to go. In the spirit of Satoshi Nakamoto, Atari is giving others access to the use of the token and the domestic brand as part of a mature invitation for partnerships and licensing agreements.

An ETH flash crash could take place when UNI mining ends in November.

The Trust Project is an international consortium of news organizations based on transparency standards.

The first vote on Uniswap’s governance was controversial due to concerns over its possible centralization. However, these may not be the only risks looming, as industry watchers and analysts begin to unearth more gloomy details.

The first Uniswap governance vote was completed before the end of the voting period, as the “Whale Final Report” voted in favor of Dharma’s proposal to reduce the number of votes required to obtain a consensus.

This effectively strengthens the governance power of just a few addresses that hold the majority of Bitcoin Machine tokens . The three addresses with the most tokens accounted for almost all of the 39.5 million votes in favor of the proposal, while nearly 700,000 people voted against.

Chris Blec, of DeFi Watch, spoke vehemently about the voting process which erodes any notion of decentralization of the protocol:

Your DeFi heroes Andre Cronje, @kaiynne, @StaniKulechov & @tarunchitra used the delegated power of https://yuni.finance to vote in favor of the full buyout of the governance of $ UNI by Dharma and Gauntlet.

As BeInCrypto reports, the success of this vote gives Dharma and Gauntlet almost all of the power, provided they both vote on the same side for future governance decisions.

Other risks for DeFi

The coming weeks could prove to be volatile for Uniswap and the entire DeFi industry, he explained, adding that centralized governance is still one of the biggest threats:

1 / The governance of Uniswap through UNI could present urgent risks in the coming weeks.

The worst-case scenario looks terrible for UNI and bad for DeFi.

The good news is that the community has a lot of power to avoid this worst case scenario.

Here are the risks as I see them now.

New airdrops from UNI (via governance proposals) to a centralized party or smart contract appear to be a flagrant violation of the spirit of UNI’s first airdrop .

These toxic airdrops, as he describes them, could alter the balance of governing power. However, as we have already seen, the whales already control the protocol.

Fears about an ETH flash crash

The second risk would be the end of UNI’s cash mining , which is due to expire on November 17. As it stands, over $ 2.16 billion in ETH, stablecoin, and Bitcoin wrapped exists in collateral spread across the four liquidity pools.

Mr Berckmans added that up to $ 800 million in ETH would be withdrawn from the pools when they expire, which could lead to a flash crash and destabilize the DeFi ecosystem. He suggested expanding the UNI output farm incentive to maintain industry stability.

It has also been suggested that “executives” be appointed to serve as those charged with governance, such as when Ethereum had Tim Beiko work on PIE 1559 .

DeFi protocols are essentially experimental, Uniswap being the most important of all. By their very nature, they should place decentralization at the top of their list of priorities.

However, as we have seen so often this year, the whales are still in the driver’s seat, especially with these often flawed governance systems.

Over 180 projects have applied for grants since the Accelerator Fund was unveiled.

Binance, the major crypto exchange, announced its intention to finance six projects based on the company’s Snmart Chain.

In a statement on 14 October, Binance announced that the block chain projects AnySwap, Arkane Network, BakerySwap, Bitquery, PancakeSwap and Proxima would receive grants of $350,000 from the company’s $100 million fund. Since the Fund’s announcement in September, more than 180 projects have applied for grants. The company selected the six projects based on specific criteria. The teams, products and contributions to the Blockchain ecosystem played a role in the selection process.

The CEO of Binance Changpeng Zhao said that the Accelerator Fund is designed to support the development of high quality DeFi projects that help build the industry’s infrastructure.

One such project is PancakeSwap, an automated market maker. This is the name given to a decentralised exchange that relies on mathematical formulae to determine the price of a token. Binance explained that the project is the „number one liquidity provider“ in its smart chain in terms of volume, number of active users and contribution to gas charges.

In September, Binance launched the mainnet of its smart chain. A block chain of Smart Contracts running parallel to the Binance Chain. Several DeFi protocols, including Aave, 1inch and dForce, have stated that they intend to build on the chain. 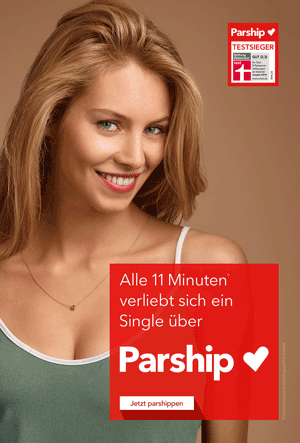